TriStar has expanded their Viper G2 line to include the little .410 bore. Some of you guys may already know this about me but I’m a bit of a fan of small gauge/bore shotguns. It’s not really something I can even explain all that well. Kind of like my love for lever actions. It’s just something I enjoy shooting. The .410 is a great small game shotgun as long as you keep your shots within about 30 yards. Those that give it a reputation as a game crippler are likely treating it like a 12 gauge and taking shots outside of what the little .410 is made for. Even medium sized game can be taken responsibly with the proper ammo choice and the hunter’s ability to get close. Games like sporting clays will really test your skills with the .410; if you shoot a couple of matches with a .410 you will feel like you’re cheating when you shoot a 12 gauge again! Your score will likely improve too since shooting the .410 will help you break bad habits like flinching.

The Remington 1100 is the only other current production auto loading .410 in the traditional sporting style that I know of. It costs almost twice as much at real world dealer pricing. It’s a great shotgun, but it’s nice to see another option hit the market, and with my past experience with the Viper G2 28 gauge that I’ve owned for over a year now, I know that these shotguns are built well. “Made in Turkey” is a big turn off for some. For those I say save up and buy the 1100, but I will tell you that Turkish made shotguns have come a long way in recent years. I look forward to putting this shotgun through some tests to see how it holds up and then getting you guys a review out. I have an appointment to shoot some sporting clays this weekend and that alone will put 100 rounds through  it. If there is anything you guys here at The Reloaders Network would like to see me cover with or about this shotgun when I do my video review let me know and I will try my best. 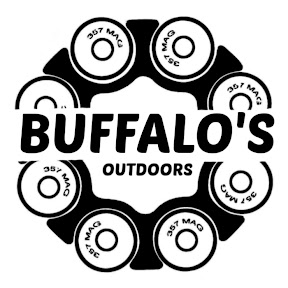 If you enjoy shooting firearms, this is the author for you! Especially if you like recreational shooting and reviews from a little different perspective. Buffalo loved watching YouTube videos about firearms he was interested in, but felt like a lot of the channels were “talking down” to their viewers, or were just so “tactical” that the “fun factor” was lost. Buffalo felt that recreational shooting was not represented enough on YouTube so he decided to start his own channel and do it his own way.
You can find more information on his Author Page.