I inventoried my lead stash. I actually have closer to 400#, but two pails are deeply stashed under the steps where I need a come-along to drag them out, so just estimating they weigh 100#. They were wheel weights I salvaged so they will be relatively hard?

How some of it was purchased at that day’s spot scrap lead price. It was filthy so I hosed it off in the driveway: 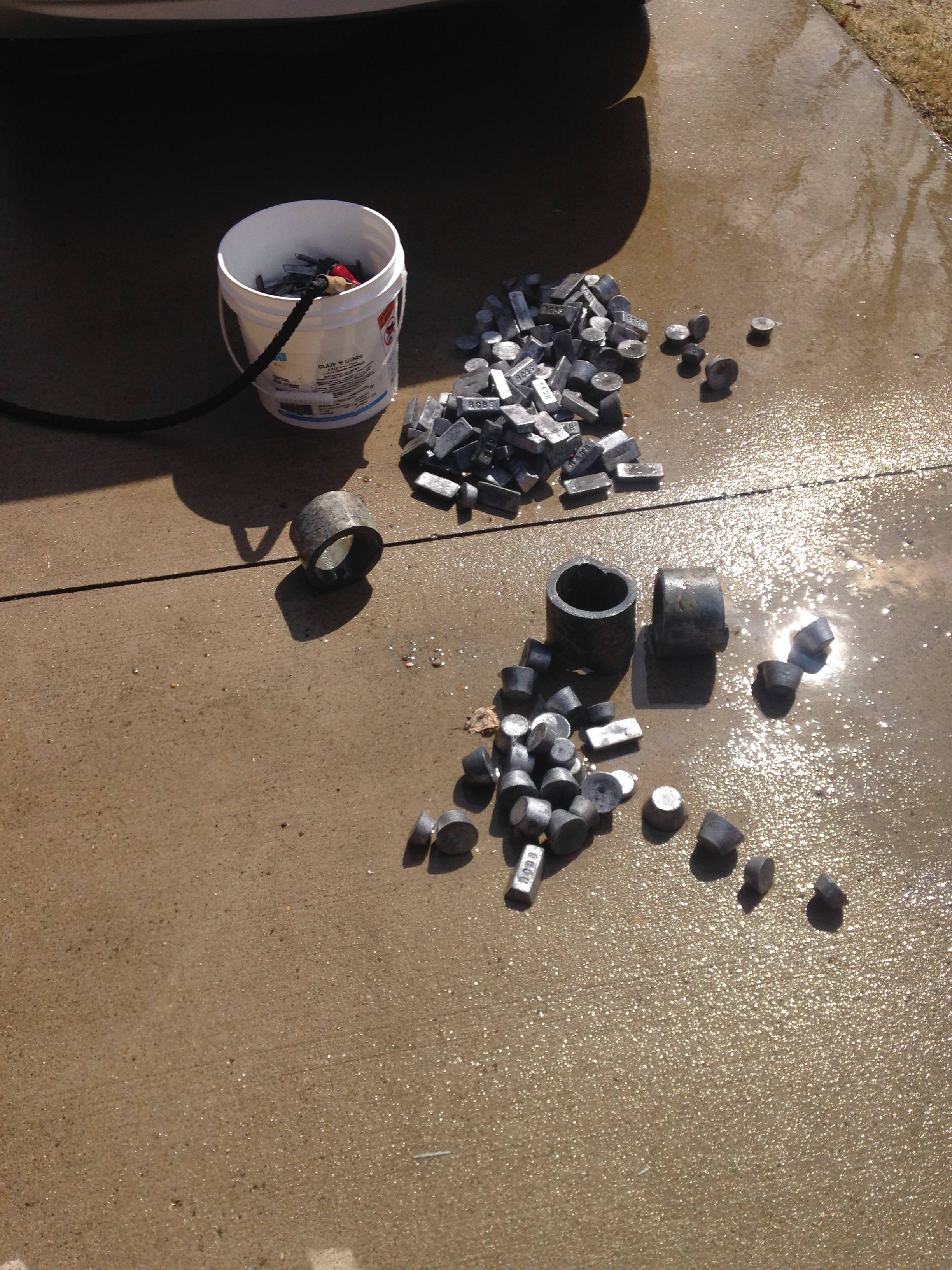 These are the ones I actually got out: 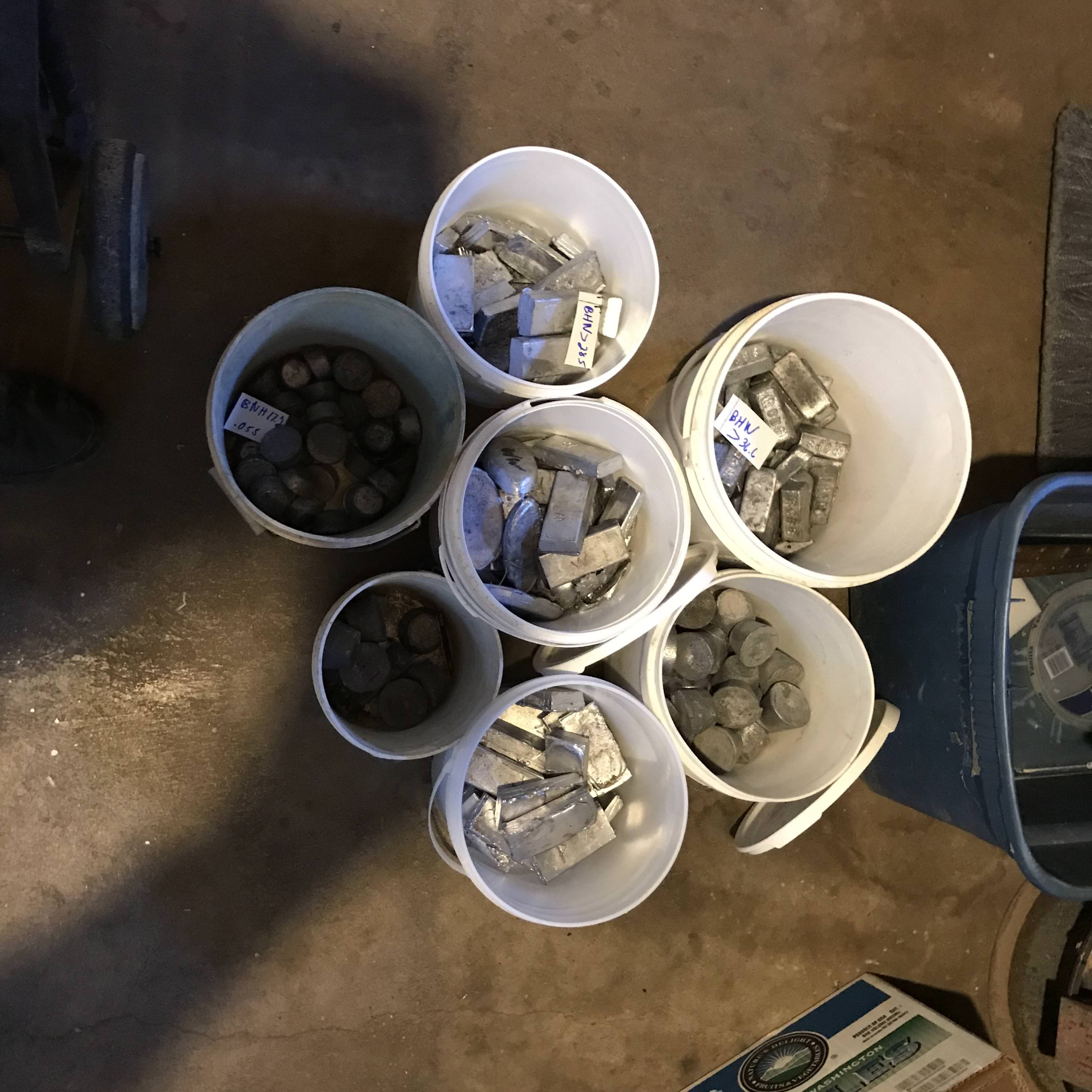 I tested random samples of the ingots in each pail. Some were exactly the same in a lot, others not so much.

Frankly, I don’t know much about hardness and how it matters other than the  generalized soft lead for slow and harder for fast, as in bullet speed, not how fast you cast them. Well, shooting them could be considered casting? I cast my cast bullets downrange…

So, here’s the rundown:

10# Pure Lead purchased as such from another reloader.

20# BHN 17.2 “Special” lead from same reloader. Forget why it was special just that he mentioned it was different.

So, how do I go about understanding this whole lead hardness thing?

Does it really matter?

Mostly I used wheel weights up to now as folks seem to think they are pretty close to what hardness you want for pistol and slow rifle rounds.

Pretty sure I can take this to any extreme level I want but I just want to use what I have in the best way possible.

Anyway, there it is. No video, just the finger paint drawings.

Note to self, Use smaller pails, dimwit!