Pictured above are todays test subjects, the .45ACP stuffed with a 212 grain Poly Coated Penta Hollow Point. Cases loaded with CCI-LPP’s and charged with 4.9 grains of TiteGroup. In the Chrono test they averaged 891 FPS and had respectable ES and SD numbers as you will see later in this article.

Our cast HP’s have been sitting on my shelf since they were cast back on April Fools Day in 2018 … cast with a blend of recycled roof flashing lead with some sweetener. The sweetener is tin from 40/60 solder ingots I had at the time. With lead like roof flashing it is very hard to know the exact contents of that material; it is soft though, and over the years I’ve used a lot of it and every batch I get from the recycle yard seems to blend differently. It seems to end up just off the mark I’ve set for the target on BHN. This casting was targeted for 8 ~ 8.4 BHN … one of the reasons they were left on the shelf so long is that on casting day they came out so low in their hardness, notice the BHN test notes in the container below. They sat there for quite a while before I discovered they had increased in hardness sufficiently enough to actually use them and expect decent results. Today we will find out . . . 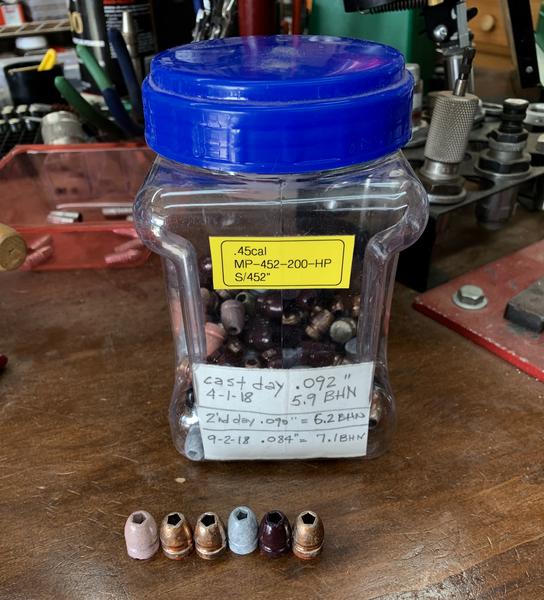 Some thoughts about HP lead hardness … One of the things I have noticed about using soft lead with tin as its only hardener is that the tin hardens at a low level. Tin adds hardness at the rate of .29% times the percentage of tin added to the volume of the pot, whereas the antimony adds .92% hardness. The tin makes the lead flow much better in your mould for filling out drive bands and hollow point cavities and most importantly adds ‘malleability’, that property that allows a hollow point to actually ‘flow’ into the big mushrooms we see pictured from other casters. Too much tin and the lead will flow so well that it actually sheds weight upon impact with the test medium. It flows off the cast in thin irregular sheets. Antimony, we know, adds hardness at a greater level per volume, but the antimony in hollow point pistol lead makes the hollow point have a ‘brittle’ quality. Brittle is what we don’t want…brittle means ‘fragmentation’ if we exceed the maximum speed for a particular blend, and if you don’t have enough speed, antimony makes our hollow points very hard to work with. They will not expand as expected.

Pictured below is an example of what I am talking about when I mention lead ‘flowing’ … these are old Keith designs in SWC HP’s for the .38/.357M. They were fired at low speeds for a .38 Special and below +P pressure, but having too much tin in my pot caused these HP’s to fail in the water pipe I use to test in. Note the thin sheets that have flowed off the front ends of these casts…all these fragments came from these 5 casts pictured. 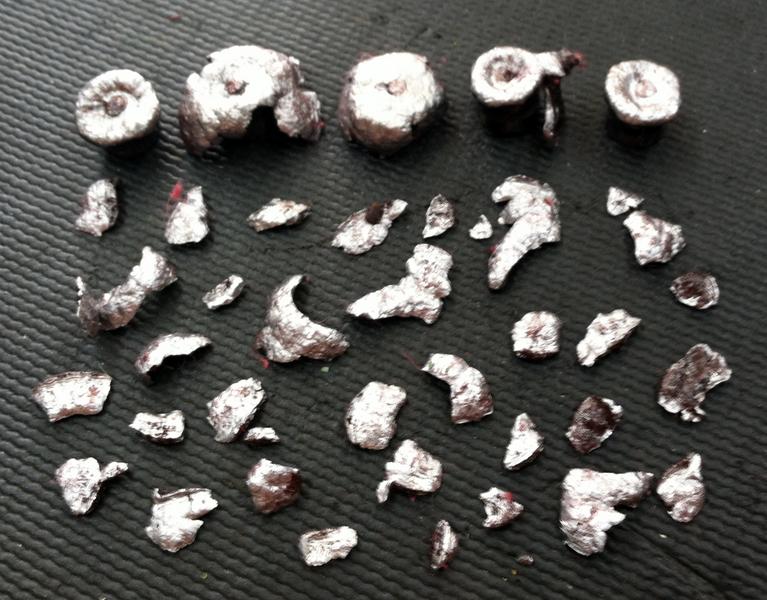 These HP’s weighed from 211.9 ~ 212.8 grains. I didn’t think ahead enough to weigh the HP I used on the jugs or we would be able to see if it lost any weight. I’ll try to remember this on the next Jug Busting…oh, and…those white things flying off the jugs are ping pong balls. They add a little ‘pizzazz’ to the Jug Bust video and I like to see how high I can get them to fly! Their height, along with the condition of the busted jugs, gives me a little indication of the pressure developed when that HP opens up fully, the ‘FPE’, ‘Foot Pounds of Energy’ transferred as the jugs do their thing. 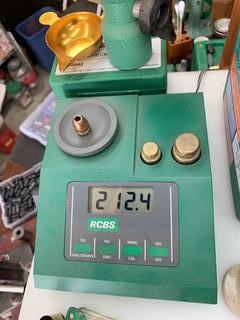 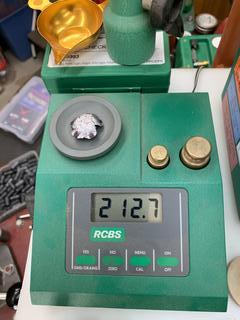 Notice the banner picture above, I loaded 6 rounds…5 were for the chronograph and to see at the same time if I could get a good ‘freehand group’ at 10 yards. I use my test target for this ‘load recipe’ to help me ensure that I don’t have an errant shot that wipes the chrono out! Notice my sight picture looking from the 10 yard line through the chrony. So long as I don’t have a hiccup, that’s a nice word for a ‘stinking flinch’…oh yeah, I have my hiccups at times, so. . . if I want to keep this nice chronograph in one piece I have to test like pictured below… 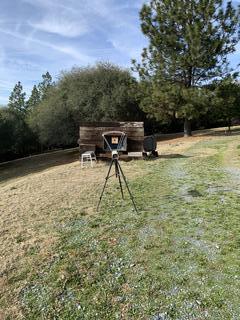 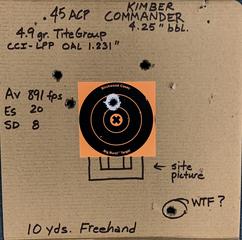 Yeah . . . today’s marksmanship was severely lacking, I had a ‘WTF‘ . . . Why The Flier’?   Oh well…at least I got my numbers noted on the target and I still have a nice chrono in one piece! I save these test targets for as long as I am fiddling with this profile with different powder charges. When satisfied, I’ll take a picture of the target and and save it on my Mac along with a picture or a few of the expanded mushroom below. 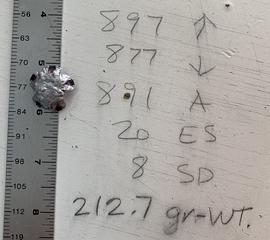 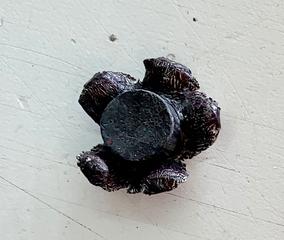 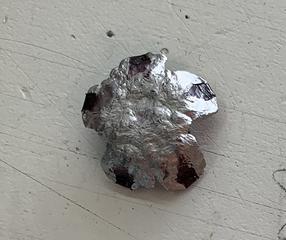 I think I hear several of you asking . . . “But what about the jugs? How many did it break? Where did you find the HP after the test?”
It made it through 2 jugs, didn’t penetrate past the 2nd, and I found it inside the second jug…”How lucky was that?” 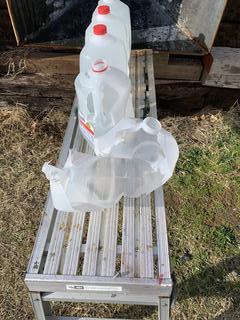 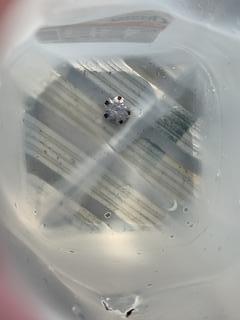 Well Folks . . . I suppose that’s about the whole 9 yards on this Jug Busting * Knockout Punch * . . .  I can’t think of any more details that may help you in your HP endeavors, just these results and a couple of ‘tricks-n-tips’ included. If you have any questions or comments, please leave them in the comment section below. I will sign off with a picture of my favorite ‘test platform’, the old 1911 that lives on today with many shooters world wide… 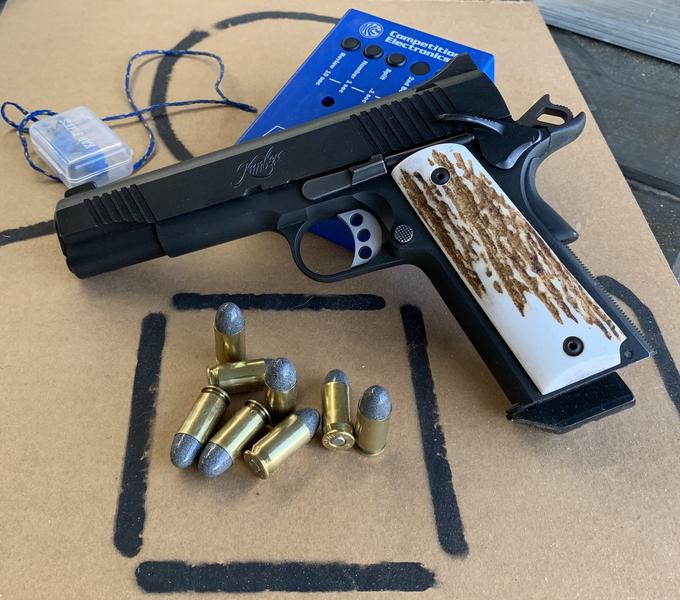 “Take’r easy out there Boys…be careful, keep that head on a swivel and watch that 6…the times, they are a changing!” 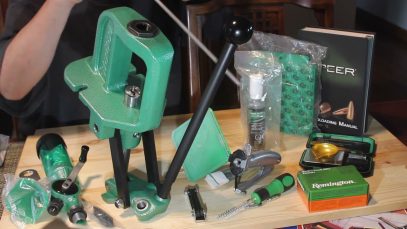 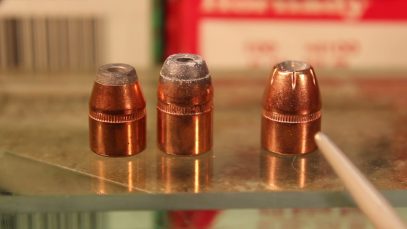 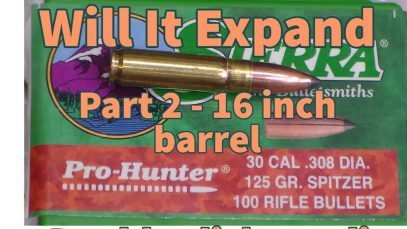 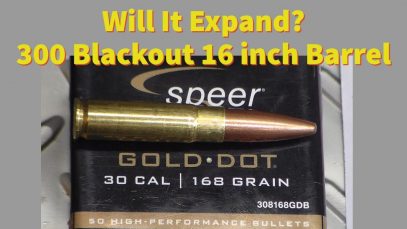 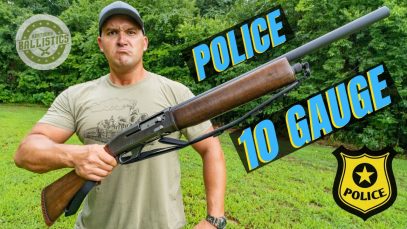 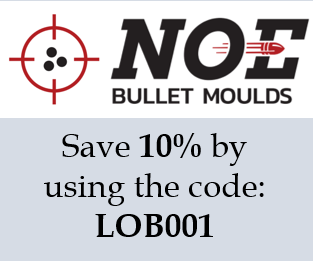