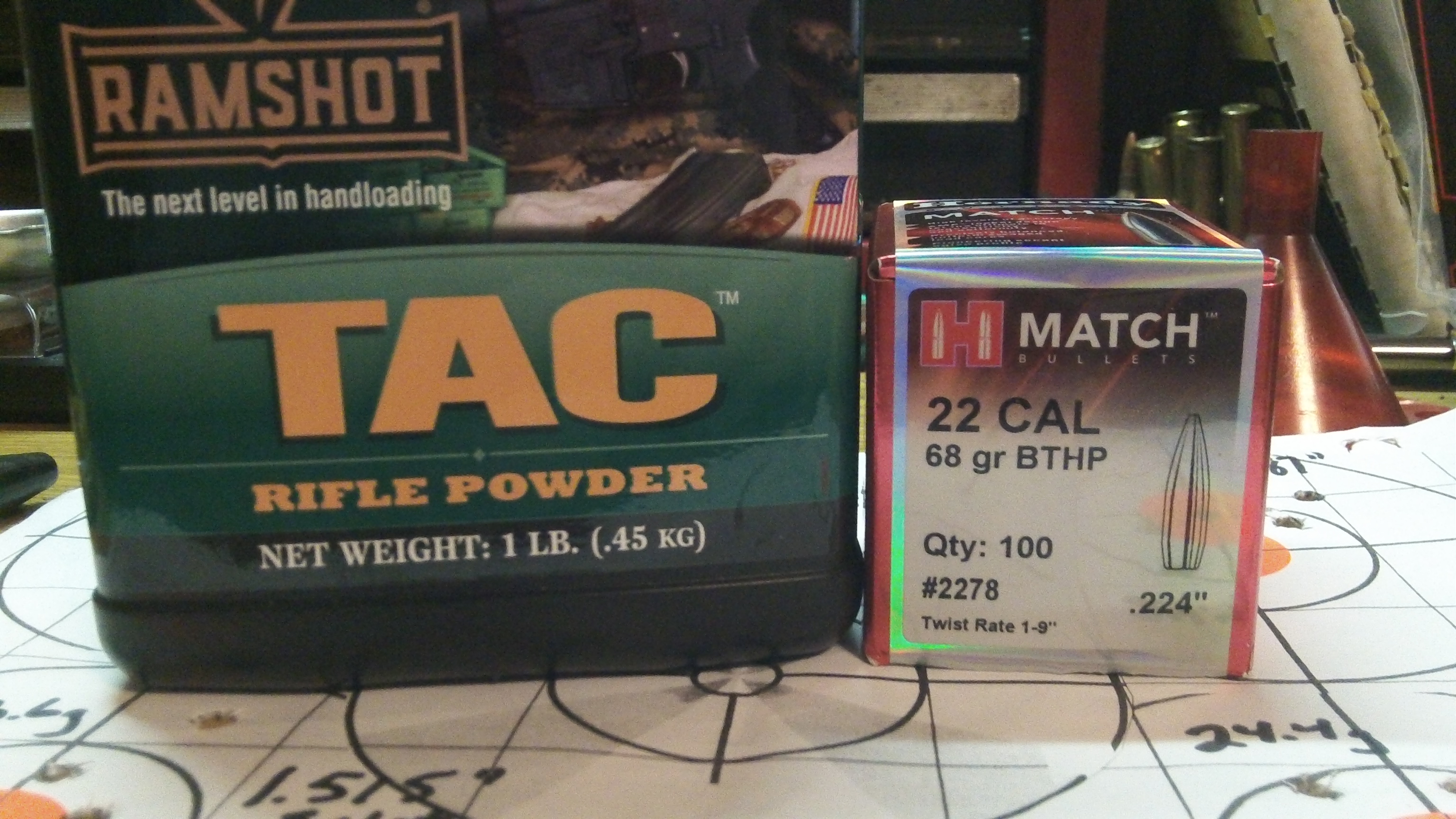 Looks like it’s time for another post.  Today’s topic is the Hornady 68g BTHP Match Bullet loaded with Ramshot TAC.  This powder has been on my radar for some time, but I have never seen it locally.  Recently I ordered a rather large powder order (12lbs) from Graf’s and made sure to include it.  My past loading for this bullet has been with Accurate 2230 getting excellent results but a rather low velocity.

The rifle I used in this outing was the Savage Axis with a 1-9 twist, with a SWFA SS Fixed 16 power scope.  This rife has been a great shooter with a somewhat decent trigger due to my “Poor Man Trigger Job” that I perform on most stock triggers.  I really haven’t kept track of round count on this rife, but suspect it’s approaching 1500-2000 rounds.  Last night I gave it its second cleaning that I recall.  Recently the accuracy has been slowly dropping off and it’s been a day or two since its last cleaning.  I did a very aggressive cleaning with some Sweets 7.62, trying to remove some of the copper fouling, followed by some RAND CLP products. I feel it’s good to go. 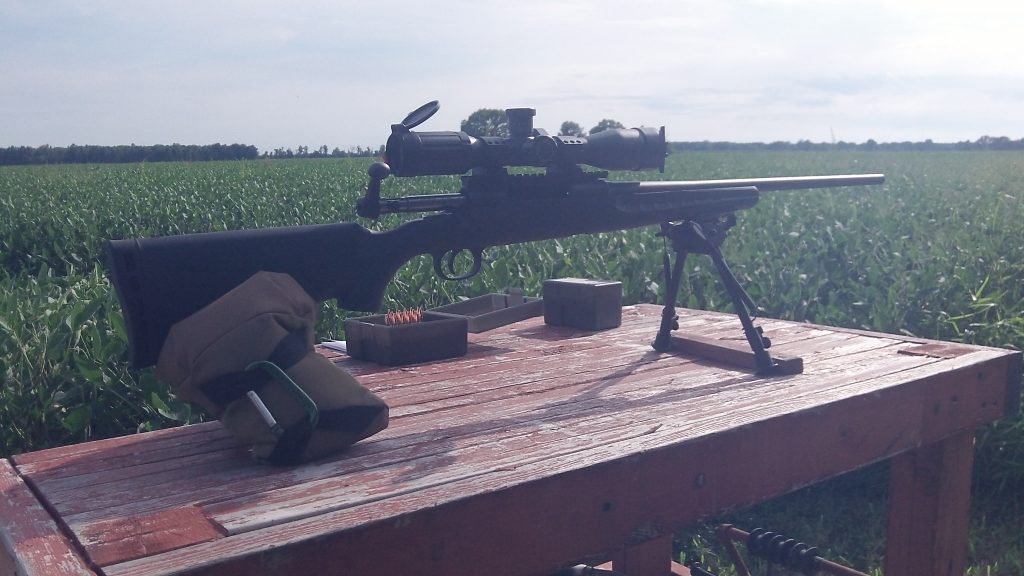 Starting out today I did shoot 5 fouling shots with some 40g Hornady V-Max on a charge of IMR 4198 at the 200 yard steel target.  This is a great shooting load for this rifle and after a couple fouling shots it produced a nice 3 shot cluster. 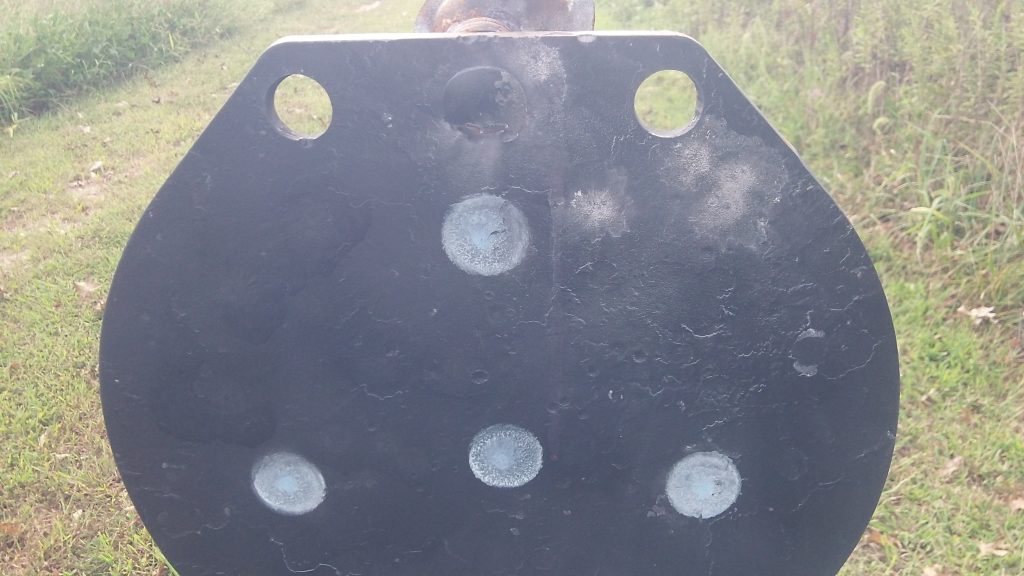 For today’s load data, I went off the Western Powder Online Data.  I went with the Max charge of 24.4g dropping down .4 until I reached 23.2g.  I went with the book length of 2.250″ and used some twice-fired Wolf Gold Brass.  Realistically this is crappy brass, but doing full prep, including annealing it every time, I have had some decent luck with it.  My main problem is I am going back and forth between the AR and the bolt gun with it, doing a full length resize every time, bumping the shoulder back a minimum of .005″ each time.  I do need to get some good brass and mark it AR only and bolt gun only.  That will defiantly shrink groups and SDs.

On to today’s groups.  I had some beautiful weather today in the mid 70s with a slight breeze. 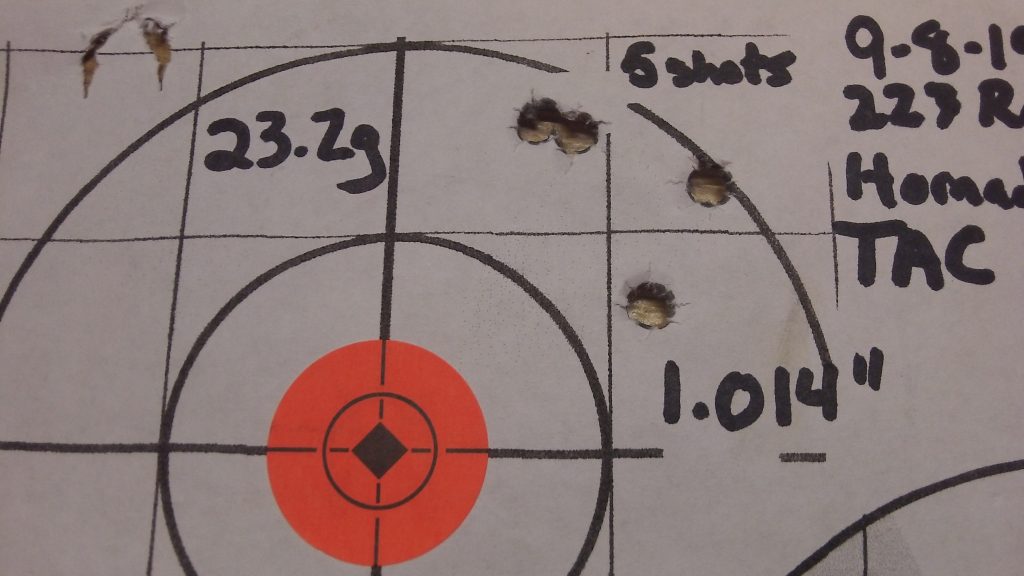 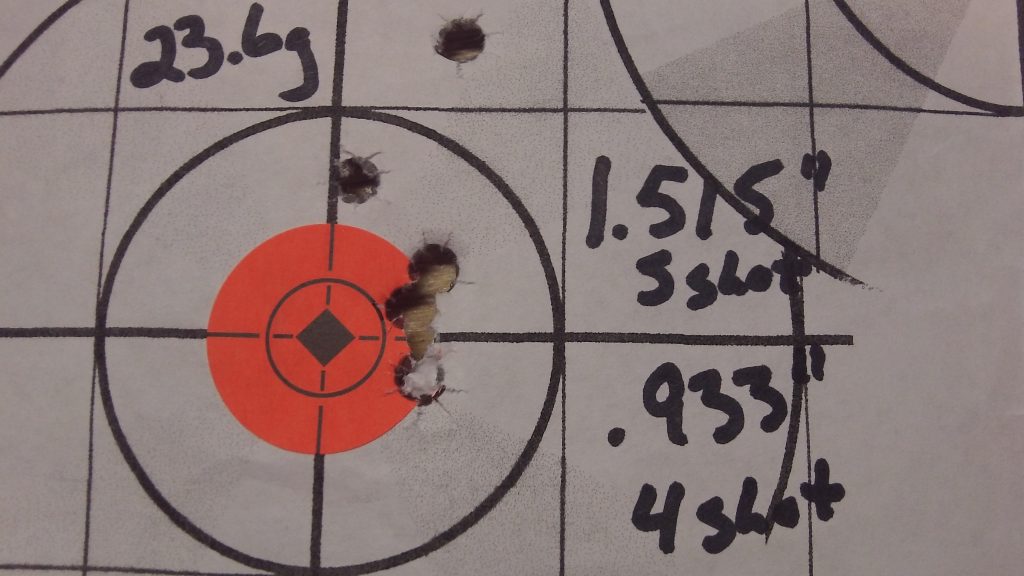 For the last 2 groups I remembered I had the Pro Chronograph with me and set it up. 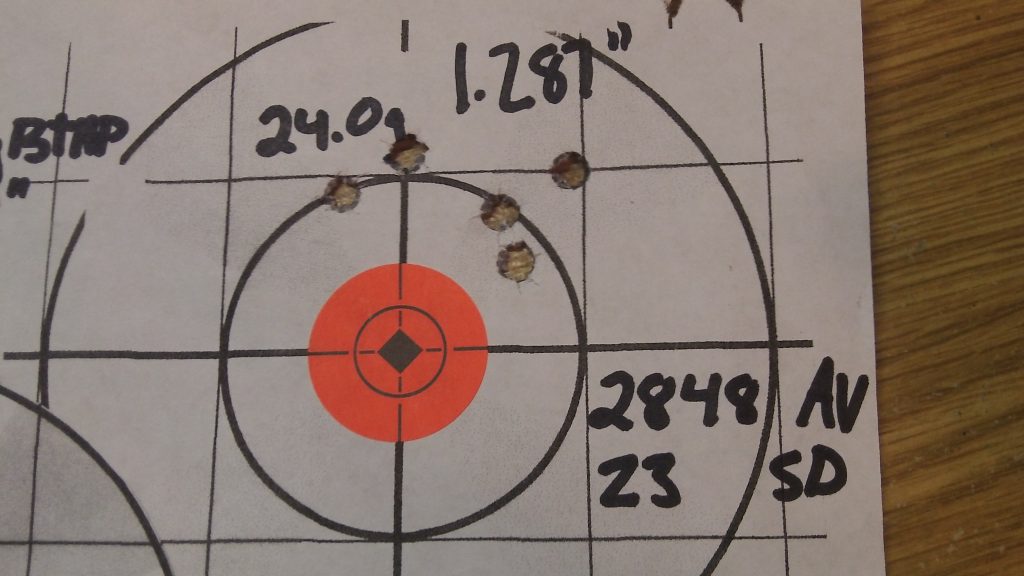 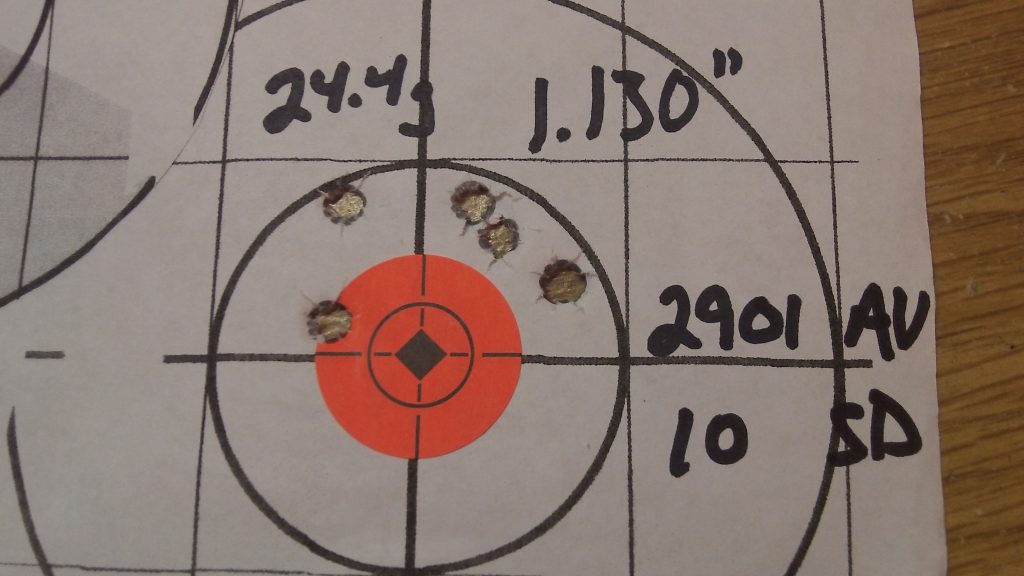 I couldn’t get a good focused photo of the brass, but the max charge of 24.4g showed some major cratering.  I had really hoped for some 1/2″-3/4″ groups today, but they all hung in just over 1 MOA.  The load data gave a velocity of 2964fps for the max charge, about 60fps faster than my reading, so that’s right on the money because I’m sure they used a 26″ test barrel.  All the shots felt great, and the fact I started with a fairly clean barrel, the groups might shrink as I go forward.  One thing I will change with this bullet is the overall length.  I will probably go another 15-20 thousands longer next time.

So let’s talk about next time.  The next powder I want to try is Shooter World Match Rifle.  I may pick up 100 pieces of Starline Brass for the next test.  That will eliminate the brass variable.  I’ve got one more week of work before another vacation week and hope to do some more shooting then.  My weekends have been pretty busy the past 5 weeks or so, and have no sign of slowing down.  I have plenty of things to try, 308/243/223, and a shelf full of powder so hopefully in the coming weeks I can get to posting a weekly post.

My name is Josh and I love Firearms and Freedom.  I started 243 Outdoors as a YouTube Channel back in 2015 and have branched out to other media sites. 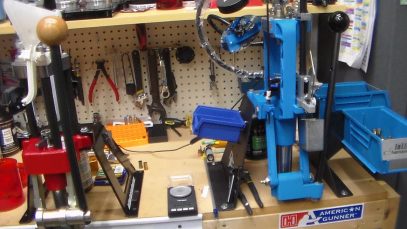 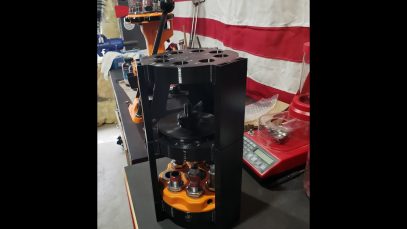 Surprise Package From The Reloaders Network 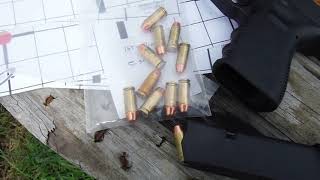 First Reloads on the Dillon 550C 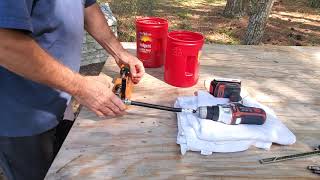